This post is a simple reminder to be kind to yourself & to others. Mental health is a complicated issue. So many people are struggling with depression, anxiety, etc. If we could all see mental health issues the same way we see a broken leg or an open wound I think things would be different. Many are seeking escape or relief in any way they can. They are fighting the best fight they can. Maybe you are fighting the best fight you can. So let’s practice kindness & empathy, for ourselves & for others.

This post has been prompted by the loss of January Seraph, Michael Stone & Chester Bennington recently.

January Seraph was a well known figure in the adult industry. I do not know how she passed, I only know that she was public about her mental health challenges: 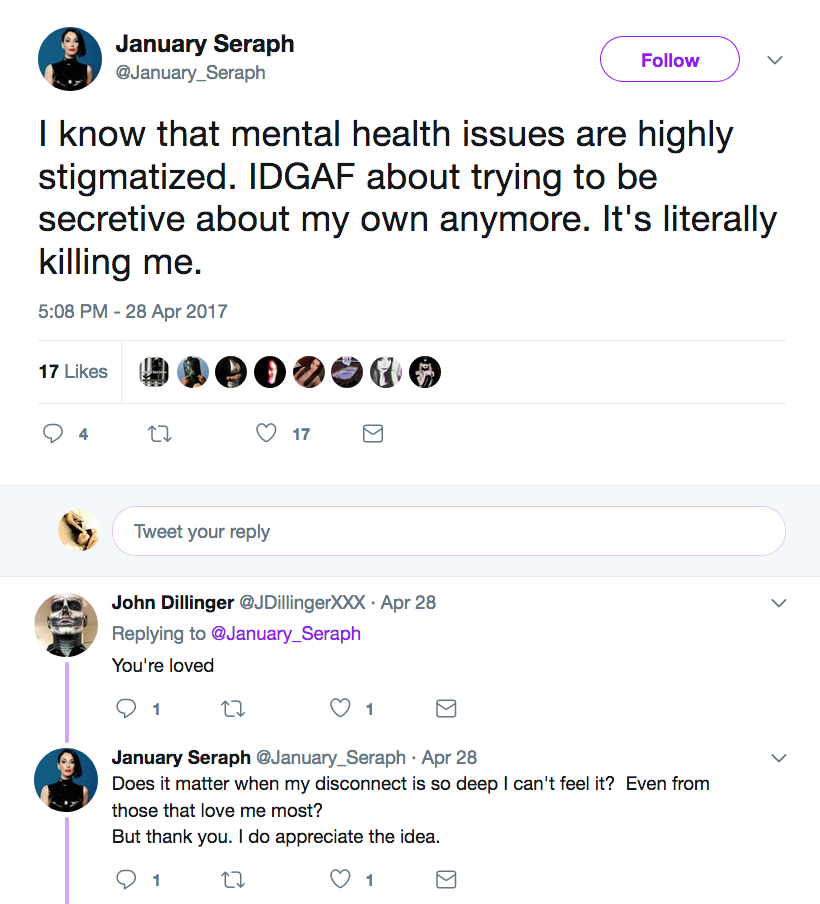 Michael Stone was a well known Buddhist teacher, psychotherapist & yogi. He had mental health struggles & his fight to live with them included pretty much everything you can imagine, from meditation & yoga to prescribed pharmaceuticals. I think it’s really important to read the full official statement of his passing to have a clear understanding…so here it is: https://tricycle.org/trikedaily/buddhist-teacher-michael-stones-family-says-likely-died-opioid-overdose/