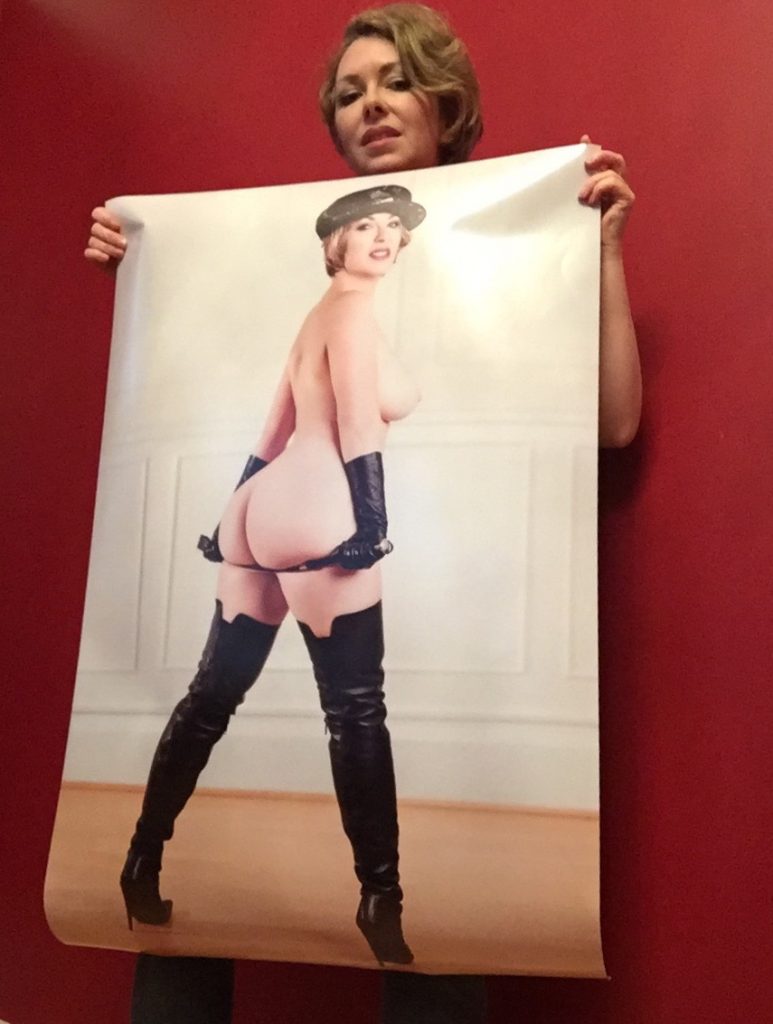 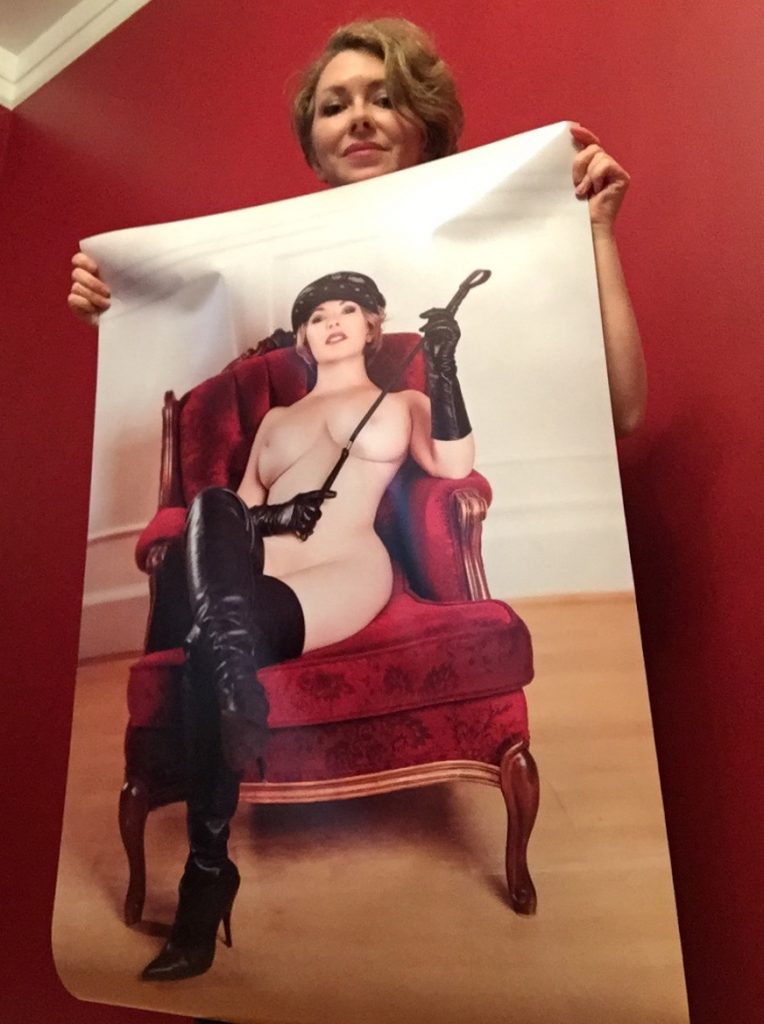 I’ve never been a “merchandise” kind of person but a fan recently commissioned a photo shoot to create a pic to be made into a poster for him. He has a collection of posters of Dominant women in this sort of attire, thigh high boots, gloves, leather biker cap with riding crop. It’s kind of an 80’s look I guess?

So I decided to print some extra posters to see if some other fans would love to have them as well.

The pics are recent, taken in 2018 shortly before my 42nd birthday.

In addition to a signed poster (I can address it to you personally) I can slip something else in the tube, like worn pantyhose/panties/socks. Something else?

Price: It depends on what you’d like & what it’s worth to you but as always I won’t send anything for less than $200 & mailing the tube from Canada is pricey, so since I have a limited number of posters & no rush to move them, the highest bidders will win the prize!